Each month we’ll be taking you on a tour of our favourite labels, from old school House mainstays to little known vinyl-only imprints and selecting some prime cuts from their catalogues to help you navigate the musical spectrum.

This month we’ve got No Attitude Recordings in the hotseat. In fact, we like the guys over there so much that we’ve even invited them to host a monthly residency at the club.

Launched back in May 2012, No Attitude is a relatively young label contributing to the scene. A collective of heads with one mantra – enjoy the music, jerks need not apply. The roster has been kept tight and consistent and features bits from Marco Colombino, Enzo Tedeschi, Ex Sound System, Bode, Darkart and Franko Lopez.

Their ethos is simple, they’re all about quality underground electronic music (genres spanning the deep house – tech house spectrum) but leave your ‘tude at the door please.

Must Hear: Enzo Tedeschi – ‘What She Wants’ 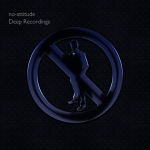 It’s always hard to narrow down just one track for this but for me this is a standout record. A nice slice of melodic deep house from label head Enzo Tedeschi, reminiscent of early OFF Recordings / Hot Creations days. 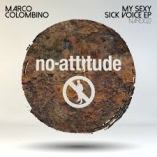 The backbone of this record is a stomping groove! Couple that with a monologue about ‘Sexy sick voices’ and some mind-bending synths to make a real winner here.

No Attitude recordings host a free entry party every first Sunday at Cafe 1001. 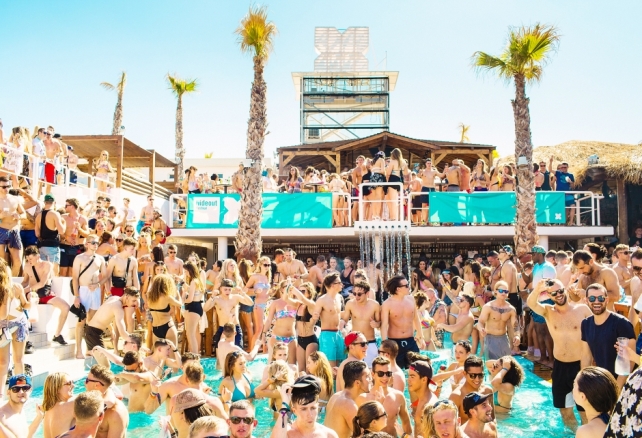 We all love a festival. Whether your preference be sun-soaked Croatian party vibes, rolling around in 3 feet of mud and a bucket hat or braving the desert with nothing but a bike and an open mind. We’ve thrown together the ones we’re most excited for in 2016..

Why? The ultimate Croatian dance festival. Beautiful people, sun-drenched pool parties, dance music all day and night. Part festival, part Ibiza-esque villa holiday and for £729 you can bag yourself a package deal including your flight, baggage, transfers, festival ticket and apartment.

Why? The Godfather of Festivals and if the headliner rumours are anything to go by, this is going to be one big Glastonbury. Synonymous with losing everyone and everything you own and drowning in a river of mud (in a good way).

Who’s playing? As always, the Glasto team keep you guessing until the last minute. The full lineup will be released around April time but rumours include Adele, Foo Fighters, Muse,  Coldplay and The Stone Roses. One thing we do know is that the lineup won’t disappoint.

Why? Instagram was Burning Man heavy in 2015. Apparently everyone was having a go at communal living: Social media entrepreneurs, supermodels, popstars, actors – you name it. A surreal festival in the desert, built on the concept of creating a temporary community (where no cash transactions are allowed) and then leaving no trace of ever having been there.. We’ll play.

Who’s playing? TBA but not the main reason to go.

Why? Snow x music = one hell of a good time! The lineup this year is top-notch with Jamie Jones, Fatboy Slim, Andy C, Sven Vath and The Prodigy topping the bill (plus loads more) and for under £1000 you can get 7 nights accom (chalet), full board (3 meals a day + wine), festival ticket and return flights and transfers.

Somewhere in the depths of East London a brand new nightlife experience is brewing..

This month will see the launch of a brand new night here at Cafe 1001: VantaBlack
We’ve recruited a host of talent to get this one off the ground, including a very special B2B set from Defected’s Arun Verone and Vanta Black conceptualiser – Louie Anderson. You’ll also be finding your ears in the very capable hands of London house music veteran Lance Morgan [Rinse FM] and Egg regular The Mistaa. On top of that, we will be welcoming Jess Bays, A&R manager of Sam Divine’s D-Vine sounds imprint, Simeon Belle, Sonny Koko and Madtech Records’ Nightshift.

As if we haven’t spoilt you enough with this one.. We’re also giving you lucky things the opportunity to head down to this ABSOLUTELY FREE! Just chuck your names on the FB wall for free guestlist.

PLUS check out this exclusive promo mix from Nightshift!

It’s official. Claire Danes is one of us.

The ‘Homeland’ star appeared on The Ellen Show and recounted her experience at Berlin’s infamous ‘Temple of Techno’ – Berghain, going into detail about her surroundings including naked dancing and the ice cream parlour. Danes at one point goes as far as describing it as ‘the best place ever’. You go Claire.

Danes can be forgiven for letting slip that, with her Hollywood status, she managed to avoid the hawk eye of Sven Marquardt at the main entrance and ‘got to go in the back’. We still love her for being aboard the Techno train.

We can’t forgive whoever chose the ‘Techno Music’ played on the show though, we’re pretty sure that borders dodgy Eurovision Trance. Luckily, Claire Danes knows what’s up, exclaiming ‘That’s Not Good Techno Music!’ before showing us the moves she likes to throw down on a Sunday afternoon session in Berlin.

It’s official. Zac Efron’s foray into the world of Dance music with EDM-themed ‘We Are Your Friends’ has been an absolute flop.

WAYF cost $6 million to make, yet had box office takings of $1.8 million across 2,333 cinemas, thereby making it the third worst opening of all time for a new film in the 2,000 cinemas or more bracket. Ouch.

Maybe it’s time to ditch those CDJs and dig out that High School Musical tracksuit, Zac.

Reviews were harsh (but not unfounded), with Peter Travers of Rolling Stone writing “We Are Your Friends never even gets us to break a sweat.” And, as expected, Twitter was harsher. Deadmau5, never one to miss a celebrity cameo in the dance scene, took to Twitter and claimed the flop ‘restored my faith in music’. Not all bad news then.

It seems the Dance music community had only one response to the sugar-coated, EDM-fuelled, ‘gun’-show that was We Are Your Friends..

We aren’t your friends.